Sugar tax leaves a bitter taste for the beverage sector 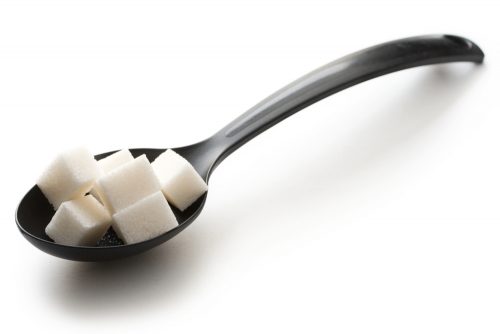 Sugar tax leaves a bitter taste for the beverage sector

The sharp increase in the average selling price of sugary drinks in South Africa is starting to be felt. This is the impact of the national health promotion levy, more commonly referred to as the sugar tax, which was introduced last year.

Volumes in some beverage categories such as ready to drink fruit juice (nectar) and iced tea declined in 2018. Other segments, like sparkling soft drinks, recorded significant volume declines in the second and third quarters of the year, but slight increases in the last quarter due to seasonal purchases prompted by summer and the holiday season.

As important as they are, figures like these only tell half the story – the negative impact of the sugar tax at the till. What about the broader effect of the tax on the beverages sector from a consumer perspective? Is it actually changing purchase behaviour as it was intended, to discourage the excessive consumption of high-sugar drinks among South Africans where rising obesity levels remain a concern?

The short answer is yes. These 2018 statistics combined with a negative 2019 outlook due to further sugar tax increases and continually shrinking disposable income, point to a definite change. Volumes are expected to stay low this year, with consumers even shifting completely to other types of beverages, like flavoured water, that are more affordable.

The long answer – or more accurately, the long-term answer – is a little more complicated. Along with these powerful market conditions that wield massive influence over where consumers spend their money, is the factor of entrenched consumer behaviour.

positive association by consumers, they are unlikely to allow a price increase to dull that shine. The “sin” taxes bear witness to this hypothesis. Instead, they will adjust their lifestyle to suit the market conditions. This could mean dropping other non-essential items from their shopping baskets to ensure they can continue to buy their favourite sugary drinks at the higher price.

The other option is to buy a similar sugary drink but for a cheaper price. BMi Research’s surveys last year revealed that some middle to lower LSM consumers had shifted from buying premium brands to more affordable competitor products as selling prices soared. Major market events like heightened taxes put brand loyalty under pressure, and are often the point of lost loyalty if the original, once-loved brand is perceived to no longer meet consumers’ needs, including their budget.

If either, or both, scenarios were in play, however, shouldn’t this translate into flat figures or at least, marginal growth? The volumes of consumer market insights BMi Research has gathered over the past 10 years has shown us that South African consumers are conservative, and slow to adapt to change. But they’re also innovative, and we expect to see product usage change in the future as consumers find new ways to adjust to price increases.

For example, smaller bottles were previously regarded as convenient, but following the introduction of the sugar tax, two litre bottles were seen as offering better value. The smaller pack sizes took an instant hit, with volumes declining. It is likely consumers are using two litre packs differently post-sugar tax, possibly by decanting the contents into smaller bottles to replicate that convenience factor while still capitalising on the more attractive, value-adding price point.

It is not only consumers who have been forced to innovate as a result of the levy; manufacturers prepared for the market impact by developing low sugar and no sugar variants that were launched the year before the tax was introduced. Production and sales of these variants shot up dramatically after 1 April 2018.

It’s too early to gauge how successful these variants will be in the future, as most producers indicated their customers did not like the new formulations as they didn’t taste the same the original ‘sugared’ product. Customers were also sceptical about artificial sweeteners, following the bad press many sugar replacements had received in previous years.

Such market insights are vital, as they help manufacturers navigate what will continue to be a tough storm, with sugar taxes rising year on year with inflation increases. However, aside from simply allowing the sector to assess the evolving impact of the sugar tax on consumers, in-depth market research like this arms manufactures with a much more powerful weapon – a true understanding of what their customers really want at this time.

Because product, packaging and even promotional innovation means little if they all miss their mark. The only way to positively grow a sector under the current conditions is to ask consumers what they want, and then make sure you deliver on this.