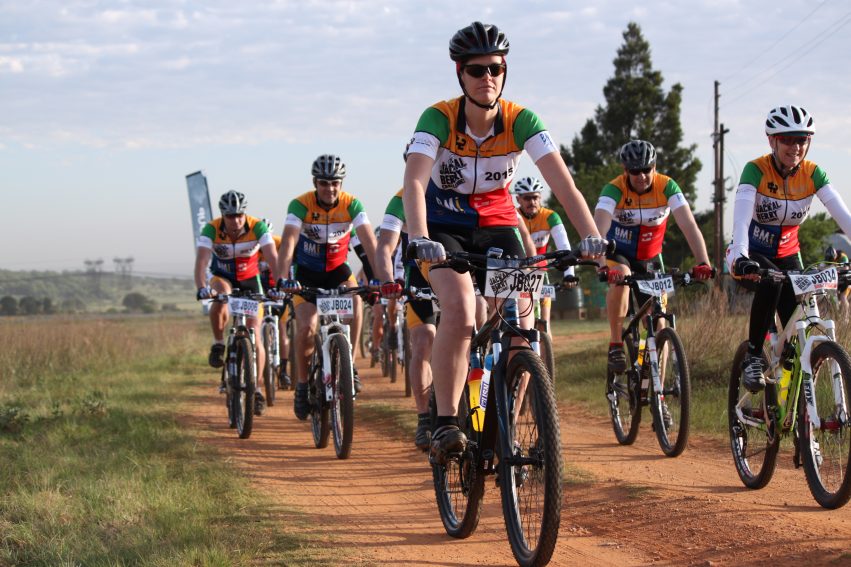 The fifth annual JackalBerry MTB Cycle Challenge took place on 27 and 28 November 2015, with riders and sponsors setting a goal of raising R250,000 for the Ubuhle Christian School in Bronkhorstspruit, ensuring that the participants not only ‘cycled for a purpose’ but also ‘cycled for a cause’. The three main sponsors, 4PL, BMi Research and Six Square Online again sponsored each rider with a new kit.

Once again, participants comprised staff members from the 4PL Group and BMi Research along with many other competitors from different organisations. This year’s race was a real test, both in terms of the elements Mother Nature threw at the cyclists and in the total distance of the race, which was increased.

With 42 riders in total, some only participating on day one or day two, the grueling 274km trail over the two days, from Bronkhorstspruit to the JackalBerry Farm in Machadodorp, proved to be the most challenging to date.

In order to enhance the competitiveness and difficulty of the race, organisers this year introduced the JB King of the Mountains Challenge, where riders competed against each other on four hotspot occasions to see who would summit that particular hill first. Four hotspots were introduced: Malkop (8km), Freddy Kruger (10km), Pineapple Pass (6km) and Mount Everest (2km).

To date, a staggering R214,983 of the projected R250,000 has been raised from this year’s challenge, and the organisers are confident that the overall goal will be reached. This year’s funds will go towards constructing a new classroom for the Ubuhle Grade 6 pupils.

Ubuhle is a grassroots charity that was founded in 2008 by local volunteers to assist orphans and vulnerable children living with farm workers in farming communities in the Bronkhorstspruit area. Today it provides a pre-school facility and an English primary school up to level 3, after-school care, workshops and courses for adults, as well as some aid to develop new income sources for the 200 rural families living in the rural area.

“What started out as an informal challenge around a braai among friends in 2010 has turned into an annual two-day MTB cycle challenge that has raised more than R535,000 over the past five years for Ubuhle. We are grateful to everyone who was involved in this year’s successful event,” says Gareth Pearson, CEO of BMi Research.