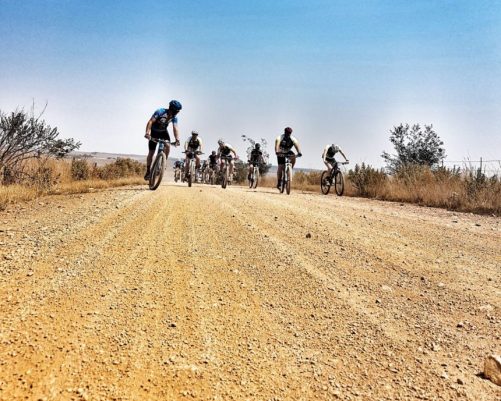 Racing more than 220km in one day on difficult terrain is not something many MTB enthusiasts would happily take on, but is a feat 21 riders recently completed when they tackled the gruelling second annual JackalBerry Extreme (JBX) MTB race, all in the name of charity.

As the main event, the JackalBerry Challenge takes place every November, and sees cyclists racing from Ubuhle Christian School in Bronkhorstspruit to JackalBerry Farm in Machadodorp over two days. A shorter, tougher race, the JBX race follows the same route, but is completed in just one day.

This year JBX was held on 16 September 2017, and raised more than R40,000 for Ubuhle Christian School. The funds will be used to fence off an area of the school earmarked for a new Early Childhood Development Centre.

This year, the JackalBerry Challenge, sponsored by corporate firms 4PL.COM, BMi Research and Six Square Networks, will take place on 24 and 25 November 2017 and will aim to raise R350,000 for the school.